In his meeting with the Canadian Foreign Minister: Hijab warns of the danger of supporting separatist projects on the whole region 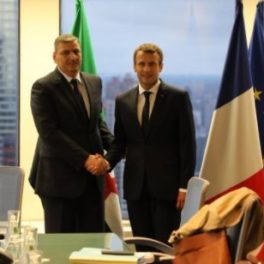 In his meeting with French President Macron, Hijab praises the French recent official positions on the departure of Bashar al-Assad

A delegation from the High Negotiations Commission, chaired by the General Coordinator, Dr Riad Hijab, met French President Emmanuel Macaron Monday evening, 18 September 2017, on the sidelines of the UN General Assembly session. Hijab praised the initiative of the French president to form a working group, composed of the five permanent members plus the […] 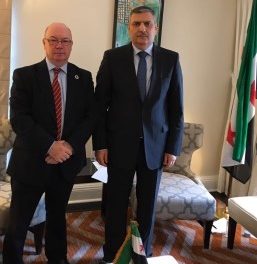 Dr. Hijab in a meeting with the British Minister of Development: stability in Syria is linked to achieving a real political transition

A delegation from the High Negotiation Committee (HNC) headed by the General Coordinator of the Committee, Dr. Riad Hijab, met with Minister of State for International Development and Minister of State for the Middle East, Alistair Burt. In this meeting, Hijab stressed the commitment of the Syrian opposition to the political solution and the real […] 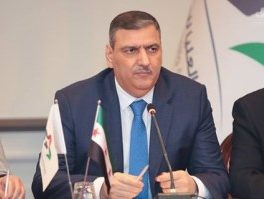 Dr. Hijab heads a delegation from the High Negotiation Committee to meet a number of world leaders and officials in New York

A delegation from the High Negotiation Committee headed by Dr. Riad Hijab, the General Coordinator of the committee, will head to New York City on Saturday, September 16, 2017, where he will meet with a number of heads of state and foreign ministers of friendly countries as well as participating in a number of multilateral […] 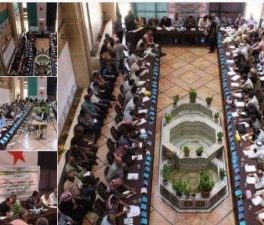 Hijab:The overthrow of the regime is a necessity and we are not authorized to concede

Dr. Riad Hijab, the general coordinator of the HNC, met on Saturday –via Skype- with the heads of local councils, members of the Daraa governorate council, the head of Quneitra province, along with popular leaders and a number of public opinion leaders. The meeting stressed the commitment of all parties to the principles of the […] 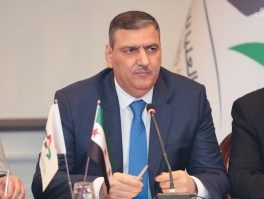 Hijab to “Al-Hayat” : Macron confirmed his support for the opposition and wants a democratic transition in Syria

The General Coordinator of the HNC, Dr. Riad Hijab, said in an interview with Al-Hayat, in response to a question about the change of France’s position on the Syrian crisis, he explained in a meeting with President Emmanuel Macaron that the survival of Syrian President Bashar al-Assad in his post strengthens chaos, enhances the role […] 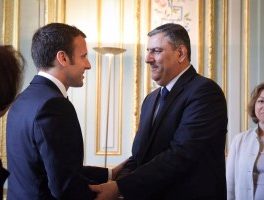 The General Coordinator of the Higher Negotiation Committee (HNC), Dr. Riad Hijab received a telephone call from French President Emmanuel Macron on Tuesday evening, July 4th 2017, which dealt with the latest developments concerning the Syrian issue. The General Coordinator asserted the HNC’s total commitment to the political solution, and its absolute cooperation with UN […]

The delegation of the Higher Negotiation Committee (HNC), headed by the General Coordinator, Dr. Riad Hijab, met French President Emmanuel Macron at the Élysée Palace in Paris and French Foreign Minister Jean-Yves Le Drian at the Foreign Ministry’s headquarters on Tuesday morning, May 30. During the meetings, Dr. Hijab stressed the Syrian opposition’s commitment to […] 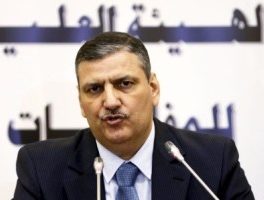 Dr. Hijab in a meeting with German Foreign Minister: “We need a new strategy for negotiations”

The General Coordinator of the Higher Negotiation Committee (HNC), Dr. Riad Hijab, and his accompanying delegation met with German Foreign Minister Sigmar Gabriel on Monday 22 May 2017 at the Ministry’s headquarters in Berlin, where they discussed the developments in the Syrian arena. Speaking about international mediation, Dr. Hijab stressed the HNC’s commitment to peaceful […] 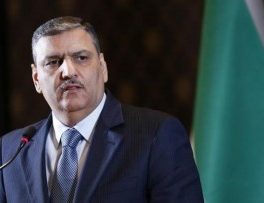 Hijab: The regime is not serious in the political process

“The actual negotiations with the regime have not started yet, as the international mediation has been in place for several years,” Riad Hijab, the General coordinator of the High Negotiations Committee, HNC, said. This came during the participation of Dr. Hijab at the 17th Doha Forum in the Qatari capital on Sunday, in which he […]