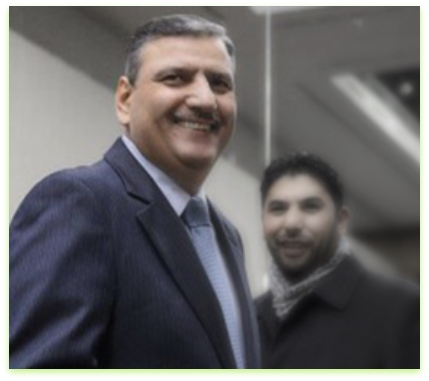 Dr. Riad Hijab is the former Prime Minister of Syria and General Coordinator of the High Negotiations Committee.

He holds a doctorate degree in agricultural engineering. He held several positions including head of the National Union of Students at Syria's Deir ez-Zor from 1989 to 1998, he undertook serveral official positions and responsibilities from 1998 to 2008. He was appointed governor of Quneitra in 2008 until 2011.

Dr. Hijab was appointed governor of Al-Laziqiya in February 2011, then assigned to the post of Minister of Agriculture in Adel Safar's government, which was formed in April 2011. He continued in that office until the resignation of the government, when he was assigned with forming a new government in June 6th, 2012.

On the 6th of August 2012, he defected from the Syrian regime and left with his family to Jordan, where the Free Syrian Army secured his release from Daraa along with his family. In a news conference at the Jordanian capital Amman, he confirmed his voluntary defection, declaring himself a loyal and dedicated soldier of the Syrian Revolution.
Read More .. 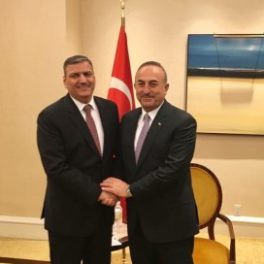 The two sides discussed the latest political and field developments related to the Syrian issue, in addition to the steps and priorities that must be taken in order to achieve the political transition. The delegation of the HNC arrived in New York late last Sunday to meet with Heads of States and Foreign Ministers to […] 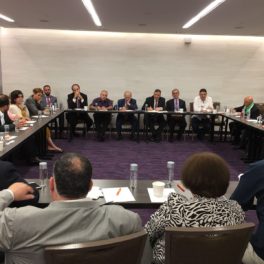 Dr Hijab in meeting with the Syrian community in America: Those who think that we will restore legitimacy to Assad after he lost it, are dead wrong

A delegation from the High Negotiations Committee (HNC), headed by the General Coordinator, Dr Riad Hijab, met with the Syrian community in America on Friday 22 September 2017, on the sidelines of the annual meeting of the United Nations General Assembly, in New York. Dr Hijab stressed that the HNC will not relinquish the rights […] 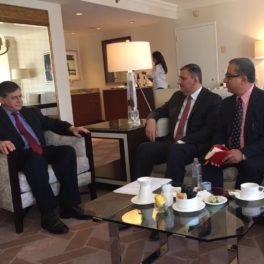 Dr. Hijab applauds growing international awareness of the dangers of keeping Bashar in the transitional phase

A delegation of the High Negotiating Committee (HNC), chaired by Dr Riad Hijab, General Coordinator of the HNC, met with Assistant Secretary of State David Satterfield on Friday 22 September, on the sidelines of the UN General Assembly meeting, in New York. The two parties reviewed the most important and latest developments concerning Syria on […]